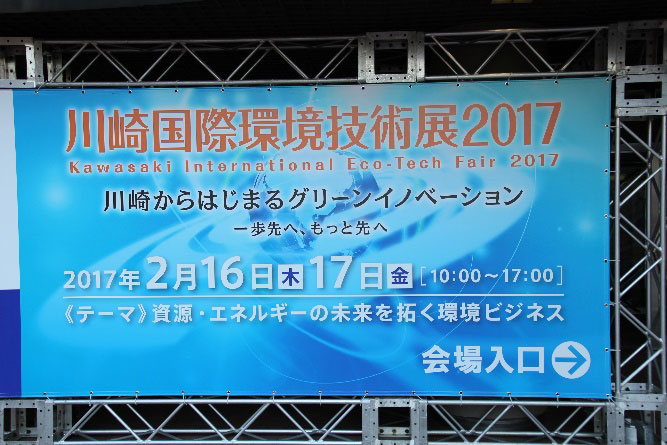 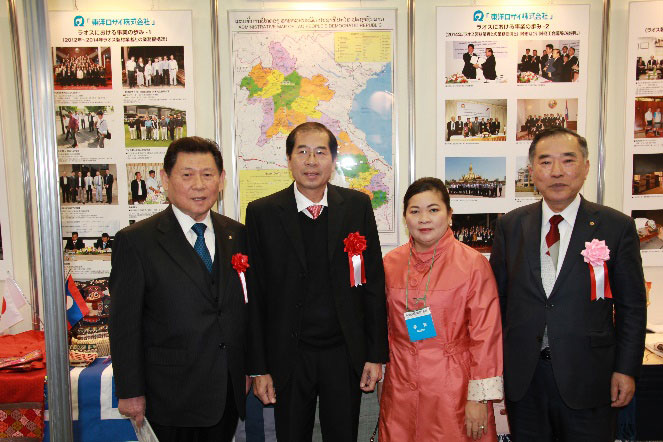 At our booth (from left side, our CEO, Laotian ambassador extraordinary and plenipotentiary with his wife, Chairman of the Kawasaki Chamber of Commerce and Industry) 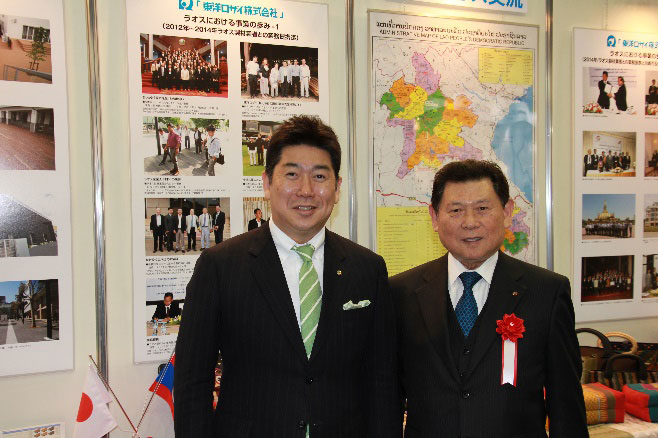 At our booth (from left side, Mayor of Kawasaki, our CEO) 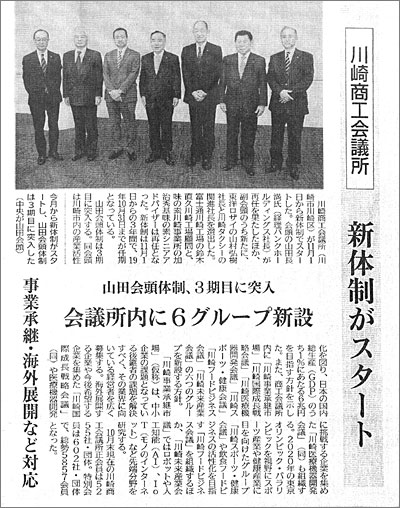 Nowadays the yearly event of Lao festival at Tokyo Yoyogi park became famous, also this year we happily took part in this “Laos Festival 2016: May 28-29 held". We have been the co-sponsor since 2014. Contribution and activities for Lao PDR was observed. At this time, Embassy of the Lao People's Democratic Republic (located in Azabu) issued the letter of appreciation to us which shows their deep appreciation to our endless and continuous supports to them until today. We do deepen the relationships with Lao PDR step by step. At KCCI hall of Kawasaki Chamber of Commerce and Industry, ≪Five Mekong countries economic investment seminars, Lao version≫ was held. Our company president, Hiroki Yamamura lectured for 25 min. under the title of "some of the small & medium  sized enterprise’s challenges for overseas expansion" in front of approx. 100 people audiences. For the expansion of our new businesses, our own new warehouse and company dormitory (in Asada-cho, Kawasaki) construction start soon. In order to pray for the safety during construction, we invited Shinto-Priest and had solemnly a ”Ground breaking ceremony" that company officials attended too. This construction will be completed by the end of this year. 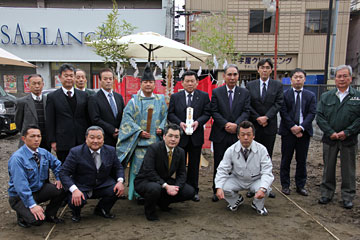 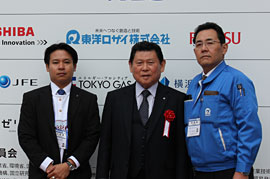 At the entrance of Kawasaki International Eco-Tech Fair (from left side our Laotian worker, our CEO, and our Laos branch manager) At our booth (from left side, our CEO, Laotian provisional Charge d’Affaires, Chairman of the Kawasaki Chamber of Commerce and Industry) 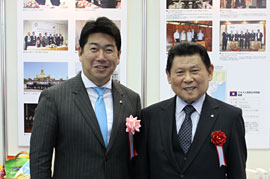 At our booth ( Mayor of Kawasaki, our CEO)

Our president was broadcast via Houdo Station from TV Asahi in January 5th.

Hardly heard the comments that the 「Economy is getting better」from the participants of 「New year party」in Kawasaki, gathered the「Small and medium - sized enterprises」.
Our company CEO- H. Yamamura responded the TV interview, 「the arrows that say in "Abenomics" , the first arrow of the three ALL gone to the major large firm 」.
Note:「Three arrows」= Japanese old saying (proverb) came from military commander -"Samurai- Mohri' from hundreds years ago. Meaning that its although thinner arrow is still strong,「Strong in three but weak in one」.
「Abenomics」= Economic Measures hammer out by Abe (JP Prime minister) - administration.
The economic recovery requires 3 and not enough of single 1 political policy. 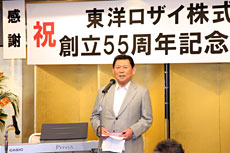 Thank to ALL supports, we happily attained 55th anniversary of foundation, and we held "Family Party" as the token of gratitude. 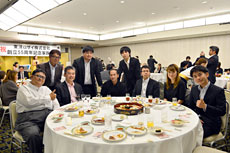 We, Toyorozai Co., Ltd. Overseas Business Unit was printed in NIKKEI in March and May 2015.